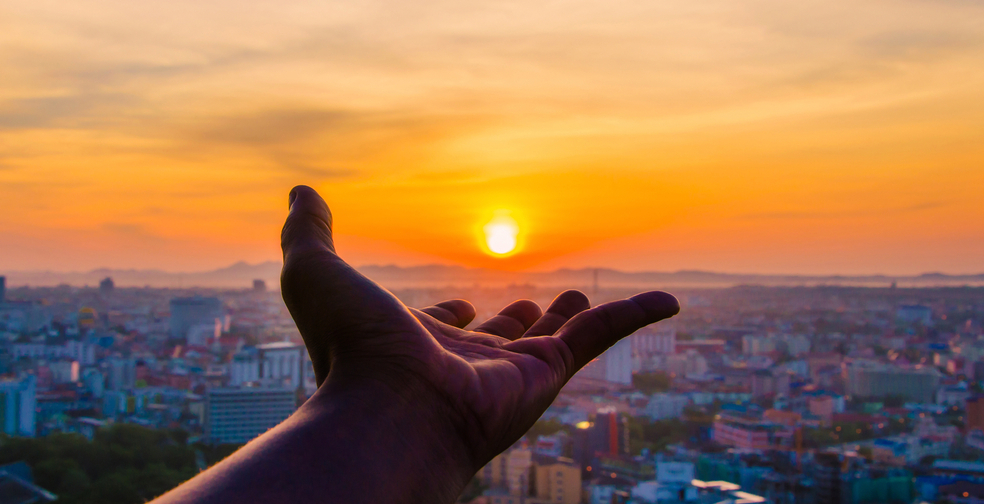 Solar has the Brightest Sustainable Energy Future – Here’s Why?

These materials were wonderful for the industrial revolution that started in Britain in the 18th century and made use of “new energy” sources such as coal and petroleum. At the start of the 21st century, however, it’s time to reassess the notion of “new energy”. Fossil fuels have no place in any long-term sustainable energy solution for the planet. It needs to be replaced with renewable energy sources. But which ones?

Sooner or later humanity needs to get its head around the fact that the only long-term sustainable energy solution is solar energy. This is simply borne out by the immense amount of energy potential that the sun can provide versus any other renewable resource such as wind, nuclear, biomass or geothermal. To place that in perspective: the theoretical potential of solar power is 89 terawatts (TW), which represents more energy striking the Earth’s surface in 90 minutes (480 Exajoules, EJ) than the worldwide energy consumption for the entire year 2001 (430 EJ) from all other resources combined.

Off-grid solar should be Africa’s energy future. Off-grid simply means a system where people don’t rely on the support of remote infrastructure, like connectivity to a centralised electricity transmission line, but instead use a stand-alone independent power supply. Such systems are perfect for people living in rural areas. Access to energy should be a basic human right for the 620 million people across Africa deprived from it. To achieve this, one should look beyond the grid for future power solutions.

In my years of teaching an advanced level sustainable energy course, it’s clear that the ‘sustainable energy’ solution requires a multidisciplinary approach and needs expertise from the fields of chemistry, biophysics, biology and materials engineering.

For example, photosynthesis is nature’s solution to sustain life and its complete understanding touches many disciplines. Can science learn from it to provide a sustainable energy solution? Yes, through a process called artificial photosynthesis. Large-scale photovoltaic (PV) panels dot the landscape in solar farms. Can we imagine transparent solar cells with the look of glass that can be brought to the city? The answer is yes.

Say yes to the sun

Earth presently consumes energy at a rate of about 17.7 trillion watts (17 terawatt, TW), that would reach 30 TW by 2050 assuming a similar population growth rate. The solar energy irradiating the surface of the Earth is almost four orders of magnitude larger than the rate our civilisation can consume it. This is obviously more than sufficient if harnessed properly.

The energy potential of the sun is 120,000 TW at earth surface. More practically, assuming that only 10% efficiency and covering less than 2% of earth surface would get us 50 TW;

nuclear 8 TW, build one plant every 1.5 days forever – due to decommissioning;

biomass 5-7 TW, all cultivatable land not used for food;

The solution should thus be clear: focus on the sun, nothing else gets the required numbers. The solar and wind duo has been considered a viable option at least for Africa’s future. The challenge is that solar energy only becomes useful once it’s converted into usable energy forms like heat, electricity, and fuels.

Below are two state-of-the-art new technologies that convert solar energy into electricity or fuels.

Black solar photovoltaic (PV) panels are the most familiar to generate electricity. A game changer will be a new technology where such PV panels are transparent. This could then replace regular glass, wherever one finds glass. For example, on large buildings, the vertical “glass panels” can literally become the source that powers the building.

The solar company Onyx Solar has already demonstrated proof-of-concept by applying PV glass for buildings in 70 projects and in 25 different countries. Its only current competitor, Ubiquitous Energy focuses more on mobile devices. On a mobile phone, the glass screen will become the power source, potentially making batteries redundant.

In simplest terms, photosynthesis is a process where green plants use the energy in sunlight to carry out chemical reactions. One such reaction is to break water molecules into its constituent parts of oxygen and hydrogen.

Artificial photosynthesis is a process that mimics parts of natural photosynthesis to suit our needs, like forming hydrogen. And because hydrogen is considered the fuel of the future, a large research focus is to capture and convert sunlight into energy with storage of hydrogen.

Say no to nuclear energy

In South Africa, the nuclear energy landscape has been tainted by political greed, rather than scientific reasoning. Fortunately, in April 2017 all further developments for a nuclear future were halted by a high court.

Let us not repeat the deadly sins of considering nuclear power as an option, but remind ourselves of two consequences.

It takes 10 years and billions of rand to commission a nuclear power station, let alone eight. Once commissioned, such stations don’t last forever, but after 50 years has to be decommissioned again, costing the same amount in time and fiscal.

Suppose South Africa is a country with stockpiles of enriched uranium and nuclear plants, such utilities become primary targets for terrorists and are expensive to safeguard. Why even take the risk?

It’s now 31 years since the Chernobyl nuclear disaster. It devastated Ukraine and the 2,600 square kilometres of surrounding land is still considered unsuitable for humans.

A colossal radiation shield is now concealing the stain on that landscape. Is such a risk worth it for South Africa when the sun has so much potential?